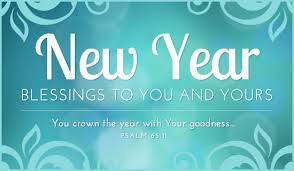 To all our REVIVE Family…
It is New Year’s Eve!
We are praying that this New Year ahead is filled with GOD’s favor, blessing and mercies that you realize are new every morning.
May GOD grant you a series of miracles that assure you of His Power and Presence.
May you walk in increased wisdom and divine health.…
May you have the spiritual depth to appreciate the small blessings that most take for granted.
May you grasp every opportunity to share a smile, a word of encouragement and the Love and Hope of Christ with a hurting world.
May your expectations be high, your disappointments few and your laughter contagious!
We love you and there is nothing you can do about that!  🙂
It is our calling and honor to pray for you and your family, so let us know what we can “circle” in prayer with you, especially during the upcoming 21 day fast.
Our best days are ahead, because GOD is waiting for us there!  ❤
Lead Pastors Myles & Valerie Holmes REVIVE 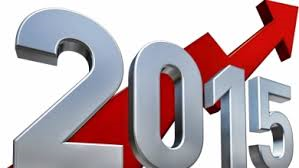 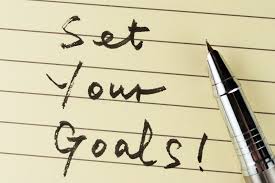 The New   “Myles Holmes 5-Step Simple Goal-Setting Program”  🙂
FREE here! Just in time for the release of a brand-new calendar!
Understand that only 3% of educated westerners practice any form of clearly written goal-setting, but that 3% make… TEN times the income of no-goals people.
And this  is Biblical… ‘WRITE the vision, make it plain!’
So here is my plan…
1. Write down what you can do.
2. Write down what you cannot do.
3. Write down what your Father, Almighty GOD can do.
4. In light of #3, now go back and erase # 2.
5. Get to work on #1, in light of #3!
Pastor Myles Holmes, REVIVE  ❤

No, this is not a last-minute sales push, this is not the bargain of the century, the deal of the decade which you must purchase immediately.

This is simply a reminder that we will soon close the book on 2014. You only have hours left to do what you know you should do. Make a phone call. Write that e-mail. Restore that relationship. Pay up what you owe to GOD, whether it is in tithes or in reconciliation.

There is nothing magic at all that happens at the stroke of midnight New Year’s Eve, unless you put the magic in it, which is the awesome, overwhelming, world-changing, life-altering ‘Power of Personal Choice’.

GOD has given us the responsibility to choose. No one can choose your attitude, your mood your actions or your re-actions. GOD will not even force us.

However, if we would choose to do the right thing, the good thing, the necessary thing, even if it’s humbling and causes personal sacrifice, we can set in motion a chain of events that will turn 2015 into twelve months of miracles!

Today’s technology means that right now you have the time to do what you must do. E-mail, Facebook, tweet, text somebody right now that you need to say “Hey I really love you, I must make this right”, etc. etc. Go ahead. I triple- double- dog dare you to create not only a Happy New Year, but a Happy New YOU!  🙂 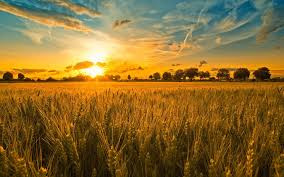 Just 2 days left in 2014 to support the ministries and outreaches of REVIVE. Solid Bible preaching, local and international missions, Compassion Ministries, and a strong prophetic Word to America are all made possible by your faithful support. All gifts are tax-deductible, give safely and securely online, or drop your gift off at REVIVE.  ❤
http://www.reviveusa.net/give

1. Intensifying conflict in Iraq
2. Large-scale attack on US homeland or ally
3. Cyber-attack on US infrastructure
4. North Korean crisis
5. Israeli military strike against Iran
6. Military conflict in South China Sea
7. Escalation of war in Syria and region
8. Rising instability in Afghanistan
9. Increased fighting in Eastern Ukraine
10. Heightened Israeli-Palestinian tensions
11. ISIS
12. Sharia-law and islamic encroachment in USA
13. Social and racial unrest in the USA
14. The unsustainable national debt at 18 trillion dollars which does not include trillions in unfunded liabilities for future generations… a collapse is coming, it is inevitable….

9 of these 14 are rooted in islamic hatred of the West. Including #12, social and racial unrest in the USA. The man who killed the 2 police officers last Saturday in NYC was a muslim, his name was ISMAIL, and he was actively involved in violent, jihadist groups here in the USA.

”Listen, all you people of Judah and Jerusalem! Listen, King Jehoshaphat! This is what the LORD says: Do not be afraid! Don’t be discouraged by this mighty army, for the battle is not yours, but God’s.” 2 Chron. 20:15
a) They got a Word from Heaven
b) They made WORSHIP their first priority, not weapons, arrows, swords or spears, they PRAISED & WORSHIPED their way to victory!

John 21:15 So when they had eaten breakfast, Jesus said to Simon Peter, “Simon, son of Jonah, do you love Me more than these?” He said to Him, “Yes, Lord; You know that I love You.” He said to him, “Feed My lambs.”

First, eat a good breakfast every morning, hang out with JESUS, LOVE the LORD JESUS supremely, and feed His lambs! Get involved in a teaching ministry!

Rev. 20:15 “Anyone whose name was not found recorded in the Book of Life was thrown into the lake of fire.”
IS YOUR NAME IN THE BOOK? Mine is, by the Blood of the Lamb!
This is a message that must return to the church in 2015! There is a fiery hell to shun, there is eternal judgment to flee from, there is a lake of fire that should compel us to win the lost at any cost. The church is partying while the world plunges to a CHRISTless eternity… we are not preaching Hell, or even Heaven, we only preach how to make a heaven on earth out of our small lives. Revival is waiting for souls that will believe and preach the whole counsel of GOD!
For the believer, there is no fear here. For the unbeliever, it is time to repent.
Pastor Myles Holmes, REVIVE ❤